Basidiomycota represents a large group of fungi including over 1,500 different genera and 30,000 different species. Well-known representatives are the white button mushroom (Agaricus bisporus) and the oyster mushroom (Pleurotus ostreatus), but so are the majority of mushrooms found in the woods. The diversity in form, size and colour within the Basidiomycota goes beyond the mushroom type, but includes also crust-like fungi, moulds and single celled yeasts. They can be found on various substrates as recyclers of organic material, but many species coexist in either beneficial or detrimental association with other organisms.

A single mushroom may disperse billions of basidiospores into the air to ensure its next generation. In the context of aerobiological surveillance, several thousands of spores are usually captured during a 24 hours sampling of the outdoor air during the sporulation period, mostly from mid-September to end October. Basidiospore dispersal commonly occurs when humidity is high, mainly from dusk to dawn. When concentrations are high, they can trigger symptoms of respiratory allergy (rhinitis, asthma) in sensitized persons. However, the prevalence of sensitization to basidiospores is not known, particularly because of the lack of standardized extracts for diagnosis and the lack of knowledge about the specific allergens. 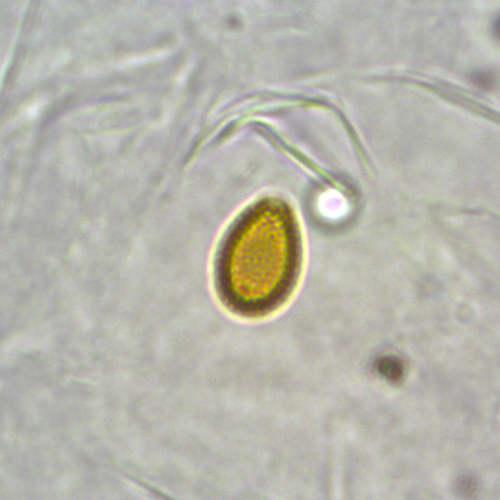