The tree may reach up 20 to 30 meters height. The toothed and opposite leaves are pinnately compound. The greenish to greyish trunk is deeply fissured. The branched inflorescences are found in dense clusters. The male and female flowers, grouped in panicles, can be produced on the same tree or in distinct trees. The male flowers are blackish et globulous whereas female flowers are longer and purple. The fruit, called samara, remains a long time attached to the tree until it is dispersed by the wind.

Ash typically grows on bas-rich soils such as calcareous soils for instance. It is present in temperate broadleaf and mixed forests, in ravines, in grasslands and along rivers because it appreciates deep and humid soils. But it is also found in rocky and sunny slopes.

Ash flowering occurs at the same time than birch. Ash pollen may be produced in high quantity in the air (the highest amounts were recorded in Brussels in 2013 with 1265 grains/m³).

Cross-reactive allergy: allergic cross-reactivity exists between the ash pollen and the pollen of other Oleaceae. Ash (Fraxinus), privet (Ligustrum), forsythia (Forsythia), jasmine (Jasminum) and lilac (Syringa) are all representatives of the Oleaceae family. However, ash is the only wind-pollinated tree in this family. Pollen dispersal for the other genera is mediated by insects, which may only cause local allergy events.

The olive tree is also part of the Oleaceae family. This tree is frequently planted for olive production in Mediterranean countries. Its pollen is abundantly detected in the air in these regions, and it is well-known for its allergenic potential. Allergic cross-reactivity exists between the olive tree pollen and the pollen of other Oleaceae. For instance, individuals living in the south of France and sensitized to olive tree pollen may experience allergy symptoms when travelling to Northern Europe because of the exposure to ash pollen. As well in Mediterranean regions, individuals sensitized to Oleaceae pollens may experience symptoms in May-June, which corresponds to the olive tree flowering period. 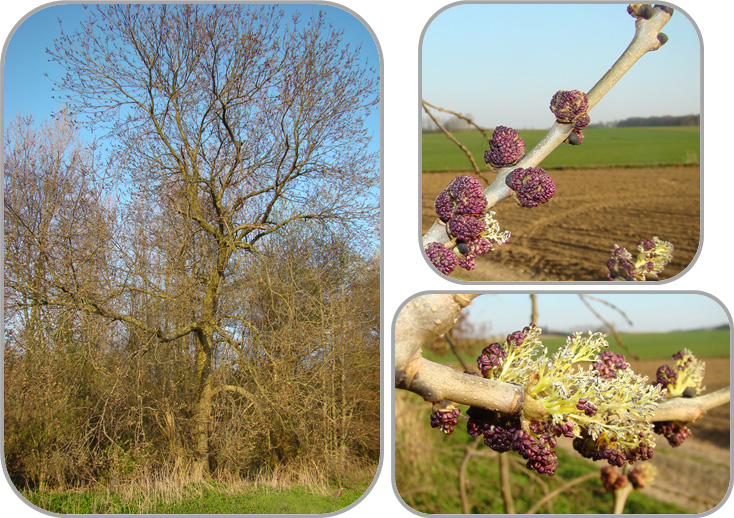