Alternaria is a cosmopolitan fungus, about fifty species would be contained in the genus. It is a plant pathogen (cereals among others), but it is also found on senescent plants, on various organic debris, on foodstuffs, etc.

Among all airborne spores, Alternaria spores are considered as one of the most characteristic. They are relatively large, coloured (brownish) and partitioned by transverse, longitudinal and/or oblique septa (walls). Even if they may vary in shape and size, most Alternaria spores are ovoid tapering gradually towards the distal end to take a racket or club-like appearance. They can thus be quite easily identified on aerobiological slides, which allows airborne spore counts.

Alternaria spores are present in large quantities and represent approximately 1,5 % of the total spores collected in a year. However concentrations of Alternaria spores in outdoor air may vary during the year as sporulation follows the seasons: in winter, spores are found in very low quantities whereas in summer, they are generally collected in huge densities. Over the last 25 years, the highest peak in daily concentration was 2.600 spores/m3.

This fungus has sometimes been isolated from traumatic cutaneous lesions in humans. However, it is above all considered as a major allergen, and concentrations of 500 spores/m3 or more in outdoor air, considered as the density threshold at which clinical signs may appear (allergic rhinitis, allergic asthma), are recorded several times per year in Belgium.

Needless to say that Alternaria spores are also found in indoor environments, either being dispersed inside by air currents or produced by mould growth indoors. In damp or ill-ventilated dwellings, dust can be a huge reservoir for Alternaria spores. 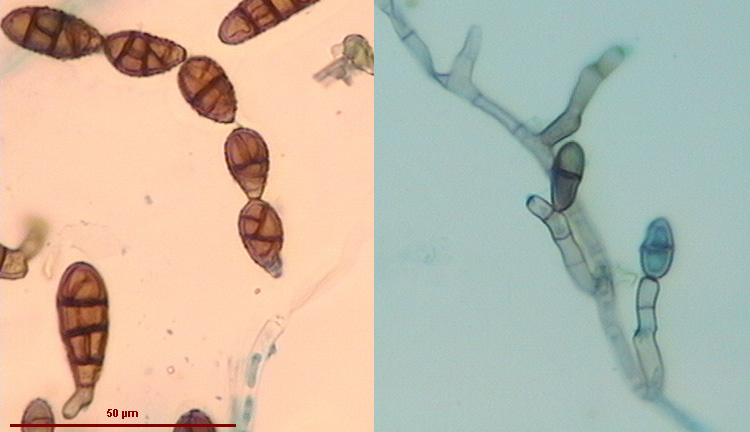 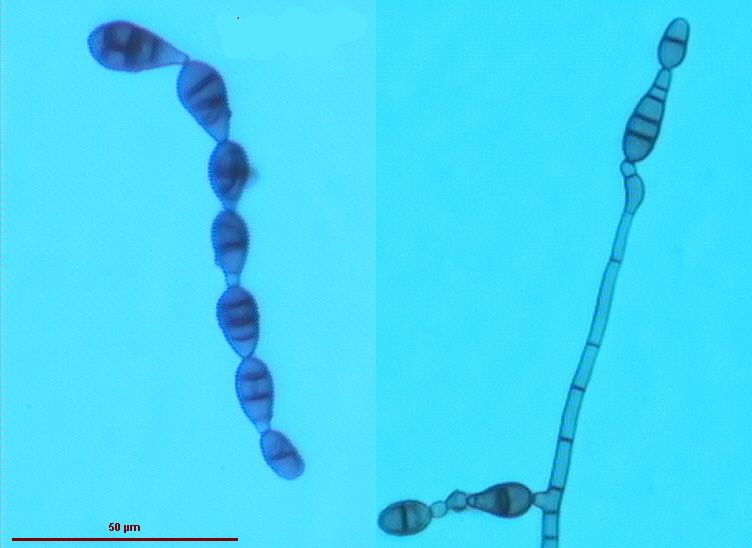